Thinkin’ It Through, Anthropomorphic Characters Are a Small Logical Leap Series

“Just a dumb animal.” For how often humanity expresses this sentiment it is often more of a reflection of our ego, our need to be placed on a pedestal above the “beasts of the earth, sea, and sky”. How remarkably sad it is to see the brilliance exhibited in other creatures that is buried by such baseless remarks.

From the intuitive nature of man’s best friend to the keen perception that fuels the steel-trap mind of the crow we are surrounded by creatures of profound abilities. Abilities human often claim to be solely their own. Surprise humanity! You are special, but not that special. 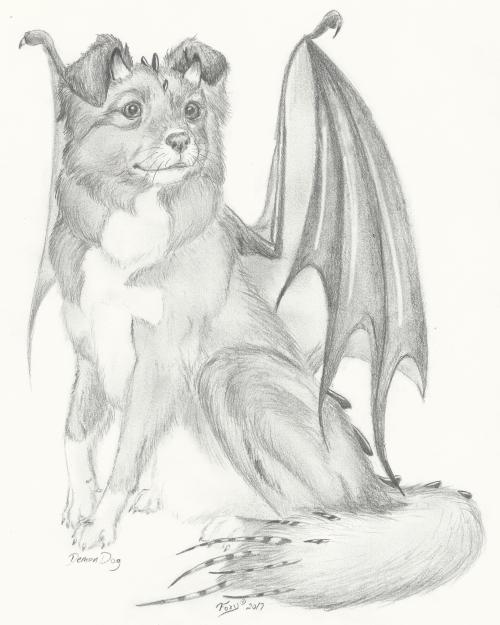 “In everything there is the potential for complexity. You only see it if you open your eyes wide enough.”

That Deep Down Feeling

“Animals don’t have feelings.” That is a turd the size an elephant dumps. Anyone who has a multi-pet household that has suffered a loss will have witnessed the surviving pets mourn. Yes—they know what death is. I have witnessed my own dogs after sniffing the body of their previous housemate react. They grieve in just as varied a degree as humans. And it seems if they have witnessed more than one passing, they recognize it from a distance. 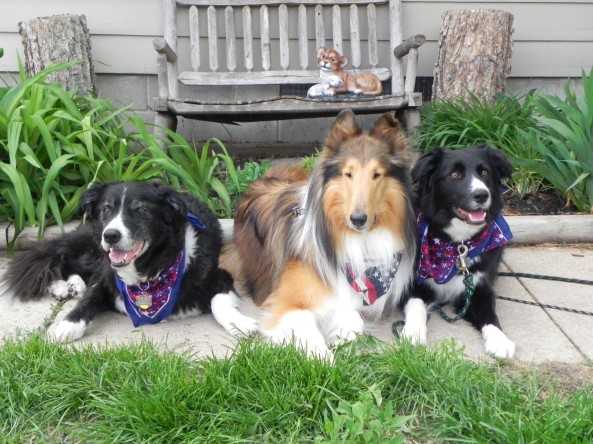 The first loss in our household Presto experienced he approached several times, close and circling. He sniffed as if trying to wake up his playmate. It took him time to figure out that it wouldn’t happen. This December when our oldest, Ashenpaw, passed on just shy of fourteen years-old from a long struggle with congestive heart failure, Presto lay across the room on his bed. He moped as our typically bright-eyed border collie never had before. Without sniffing Ash, he knew this time.

We also had Phoenix, our youngest border collie and aussie mix. She’s been training to become a therapy dog. With a mixture of confusion and caution she approached Ash’s body. Every key in her body language from ears to tail told me she was concerned about what she experienced. I have no doubt that my perceptive little girl was also reading me. She had heard me tell Ash that I would be alright if he let go just moments before. She curled up next to me and stared at Ash’s motionless body. Her canine mentor was gone.

One of the last photos taken of our beloved silver-muzzle Ash.

Phoenix has demonstrated extraordinary perception of human emotion. As a therapy-dog-in-training she ventures into a senior community and spends time as an emotional distraction to the residents and staff. She loves her job, it’s obvious because she wakes me up eagerly every Tuesday morning without fail. Yes—my dog knows what day of the week it is without a calendar. Roaming those halls she tells me through body language which residents need more time with her. Contrary to popular belief, dogs do talk. Most people don’t take the time to learn how to listen (aka read their body language).

Phoenix, the big girl, waiting for a skills assessment.

Now, my little girl wasn’t my first therapy dog. Before her came Ion.

This collie was a vibrant star earning his status into the program at one year old. For those who don’t know, that is very rare. Most one year old dogs are not mature enough to be reliable. Ion just was. His tiny eyes and long snooter worked magic. Sadly, my empathic boy proved to be a bright star burning out in four years. He succumbed to complications of an unknown disease that claimed him before the vets could figure it out. He is missed as he knew just who needed his warmth. It’s been years now and people still remember how he would wander up to them: excited if they were happy that day, or more somber if they needed a dog hug. He sensed. He knew.

He is not alone. Many dogs who are not even trained for such supportive things are known to develop them. Whether it is simply lying close to a loved one with the flu or a migraine, or standing next to them ready to bear weight for stability for someone who had a surgery—this last is a recent case a friend shared with me. The dog has not been trained in this, he simply did it for her after she got home. Don’t just take my word for it, there are countless cases out there.

Learning is such an amazing process to watch. Funny thing is it works the same across species. I always loved watching my border collie Ashenpaw work with a brain teaser toy. He learned quickly that there were treats inside.

Animals, including humans, learn via association. If they do this, this happens. If it’s good results, keep doing the behavior. If it’s bad, generally they try to avoid it. But that only works if the consequence is cleanly correlated. There are great examples of complex chain behavior building. The sport of agility is a great example. And also includes running dogs in an excited state. This state of mind is largely run on adrenaline which overrides a lot of cognition. Ever had a dog chasing a rabbit that completely blows their recall? Yup. This is what happened. Too much excitement, thinking side of brains shuts off. The trick is to work with the dog and over time alter where the threshold lies. In time you get a dog that can think in that excited stage. 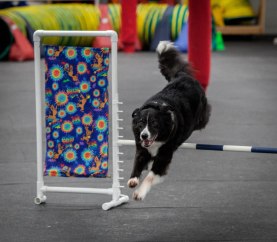 The same is true for the human animal. Jobs involving high stress release adrenaline. This can short circuit problem solving. To be able to behave reliably we also need to train up the performance level. Think of ETMs, police, soldiers—all of these involve moments of extreme tension. Average minds freeze up, or knee-jerk react. But with training the mind learns to control. Most of us are not born able to do this. And I promise you, working with border collies you learn to see real fast that border collies are not born to control that shit either. Which is why a good lot of them are surrendered at seven months old for behavior issues. 90% of the time it’s because their owners failed to work impulse control.

Work that impulse control and you can unlock some seriously kick-ass potential. From dogs that can work hillsides of sheep on their own, dogs who can run an agility course on verbal command while the handler remains behind the start line, to dogs who have enormous vocabs.

Chaser is an amazing border collie who knows over 1,000 words. Put a huge circle of toys on the floor, ask for one, and you get it! What’s more fascinating is that she can exhibit the ability to process eliminate. If she knows two of three toys and you ask for the one she doesn’t know, you get the new toy. That is not a “dumb animal” behavior. That’s fairly advanced learning. This border collie has appeared on many talk shows as well as scientific programs demonstrating how animals are not that far behind if we acknowledge them. So many of the things deemed to make us human are exhibited in the animal world. We have our own instincts too.

The Murder of Crows

An astonishingly advanced bird is the crow. Experiments have been done by researchers uncovering complex social behaviors.

Crows have funerals. Yes. You read that right. And what’s wilder, not just for members of their own flock. Researchers placed the body of a dead crow near a gathering of crows. They came, checked out the body, and immediately began to mourn the deceased brother. Vocalizations, behaviors like dancing, and circling. 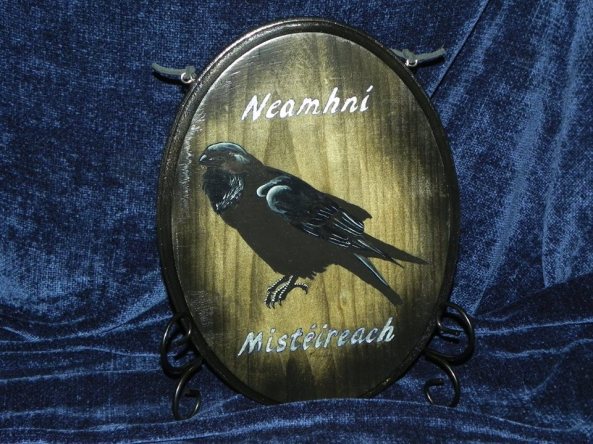 Using masks, scientists conducted further experiments on facial recognition. Using a face mask they fed the flock and gained a reputation with them. Then, being careful to use different masks, the same individuals performed a mock crow murder. When they came back wearing the murder mask on another day to feed the crows—warning cries filled the glade. Same person with the different mask later approached with food and no problem. The crows had distance facial recognition and were acting as a major form of security. The ultimate “eye in the sky”.

Scientists already knew that crows had incredible problem solving skills. And that they would even choose to share with another bird rather than hog resources for themselves. They exhibited a sense of fairness. Something we often see in children that is displayed to a lesser extent in adults. Interesting how that is. As we age, we tend to forget how to share.

As we further explore the animals around us it becomes interesting to see how often they demonstrate the ideal human. Maybe this is why adults choose to confine them to a puerile state, because it further lifts the pedestal. After all, can’t have anything threatening that fragile human ego.